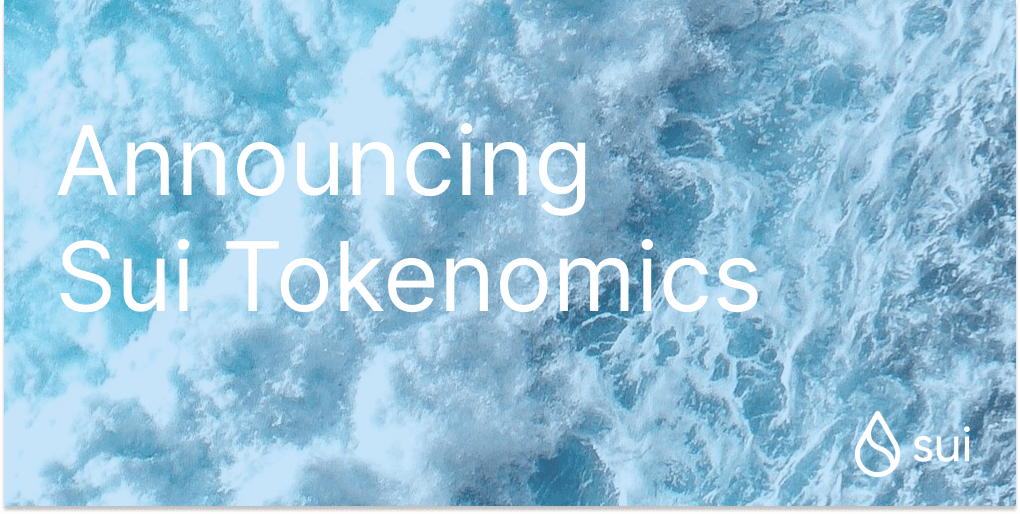 Earlier this year, we publicly shared our excitement with you and announced Sui to the world.

The Sui Smart Contracts Platform is an environmentally-friendly, cost-efficient, high-throughput and low-latency permissionless blockchain. We believe Sui’s capabilities are beyond the frontier of existing blockchain systems. Its cutting-edge performance is enabled by major advancements in the fields of distributed systems, cryptography and programming languages. This achievement augurs the genesis of a platform that can meet the Herculean requirements needed to serve billions of users across a wide range of web3 applications.

Today, we are equally excited to share the design of Sui’s economics and incentives — also known as Sui’s tokenomics. In the same spirit of Sui’s engineering design, Sui’s economic model has been designed at the frontier of blockchain economic and incentives research. The overarching goal has been to implement an economic system aligning incentives across the various entities participating in the Sui ecosystem. The aim is for Sui’s financial plumbing to be at par with its engineering design so that our smart contracts platform delivers a flourishing economy with billions of participants.

Our immediate goal is to obtain feedback from you (yes you), Sui’s community, to make sure that everyone’s input is part of Sui’s tokenomics and everyone can thrive in Sui’s economy. We’ve created three sets of material with varying degrees of accessibility. This blogpost proceeds with a high-level overview of Sui’s economic model, while Sui’s documentation contains a more detailed description. For an even deeper dive, we recommend reading the Sui Tokenomics White Paper, which contains a complete formal and mathematical specification of Sui’s tokenomics.

The Sui economy is characterized by three main sets of participants:

We now describe each element in further detail. Throughout, we use the visual representation in the following figure to aid the discussion.

I. The SUI Token

Sui’s native asset is called SUI and we generally use the capitalized version of SUI to distinguish the token from the Sui platform. The total supply of SUI is capped at 10,000,000,000 (i.e. ten billion tokens). A share of SUI’s total supply will be liquid at mainnet launch, with the remaining tokens vesting over the coming years or distributed as future stake reward subsidies. Each SUI token is divisible up to a large number of decimal places.

The SUI token serves four purposes. It can be staked in order to participate in the proof-of stake mechanism. It is the asset denomination required for paying gas fees in order to execute transactions and other operations. It is a versatile and liquid asset underpinning the whole Sui economy. It plays an important governance role by acting as a right to participate in on-chain voting.

Sui’s gas pricing mechanism delivers good user experience to Sui users, who can focus on using the Sui network without worrying about having to forecast the current market price of gas fees. Since validators agree on a network-wide reference price at the start of each epoch, Sui users use the reference price as a credible anchor when submitting their transactions. Moreover, the price setting mechanism is designed to reward good validator behavior; aligning incentives between SUI token holders, the network’s operators (i.e. the validators), and its users.

A unique feature of Sui’s gas mechanism is that Sui users pay separate fees for execution and storage. Execution or, computation, gas prices are determined through a three-step process operating repeatedly across Sui epochs (time is divided into consecutive periods lasting roughly 24 hours each):

The gas pricing mechanism is designed so that validators are incentivized to both elicit their true reservation gas price and to honor such prices. Consequently, Sui users can expect transactions submitted with gas prices close to or at the reference price to be processed promptly. Moreover, since Sui incentivizes validators to set low prices, Sui’s gas price mechanism creates a healthy competition for fair prices: Validators are incentivized to set low gas prices but not too low — lest they be penalized for failing to honor such prices.

Storage prices, in contrast, are set exogenously through governance proposals with the goal of targeting the off-chain dollar cost of data storage. In the long run, as the costs of storage fall due to technological improvements and the dollar price of the SUI token evolves, governance proposals will update the storage price in order to reflect the new dollar target price.

Sui also includes an efficient and sustainable economic mechanism for funding data storage. Beyond Sui’s high throughput and low latency, a key Sui feature is its ability to handle arbitrary amounts of on-chain data. Financially, this feature introduces a severe intertemporal challenge: Validators who process and write data into storage today may differ from the future validators needing to store that data. If users were to pay only the fees for computation power at write, effectively, future users would need to subsidize past users for their storage and pay disproportionately high fees. This negative network externality can become highly taxing for Sui in the long-run if left unaddressed.

Sui’s economic design includes a storage fund that redistributes past transaction fees to future validators. In a nutshell, users pay fees upfront for both computation and storage. The storage fees are deposited into a storage fund used to adjust the future share of stake rewards distributed to validators relative to SUI delegators. When on-chain storage requirements are high, validators receive substantial additional rewards in order to compensate for their costs. Vice versa when storage requirements are low.

The Sui platform relies on delegated proof-of-stake to determine the set of validators who process transactions.

Within each epoch, operations are processed by a fixed set of validators, each with a specific amount of stake delegated from SUI token holders. Delegating SUI implies the SUI tokens are locked for the entire epoch and a receive a portion of the stake rewards at the epoch close. SUI token holders are free to unstake their SUI or to change their delegate validator when the epoch changes.

A validator’s share of total stake is relevant in that it determines each validator’s share of voting power for processing transactions. Specifically, executing a Sui transaction requires processing by 2/3’s of the validators by stake. Remember, however, that Sui’s object-centric design lets validators execute transactions using a causal-ordering approach. Loosely speaking, if the objects in two transactions are fully independent, then it matters not which transaction is processed first. This design is remarkably powerful because it lets Sui parallelize transaction processing of non-shared objects. Hence, each validator can scale itself horizontally and increase its transaction throughput by adding more computing power. This delivers highly efficient unit economics in that both throughput and costs scale linearly with network activity on independent data. Sui’s “multi-lane” design contrasts markedly with traditional blockchain designs relying on total-ordering — where every single transaction is ordered relative to each other, even fully independent transactions.

Stake rewards are distributed at the end of each epoch, once validators have reached agreement over the full set of transactions processed throughout the epoch. Importantly, since the storage fund is taken into account in the calculation of the epoch’s total stake, validators receive more stake rewards relative to SUI delegators whenever Sui’s on-chain data storage requirements are high.

Protocol upgrades and other Sui governance changes are passed through on-chain voting proposals. The SUI token is useful in that it delivers token holders with the ability to participate in this process. Further details on Sui governance will be released over the upcoming weeks.

We look forward to receiving feedback on Sui’s tokenomics. The ultimate goal is to ensure Sui’s economic model can scale appropriately and serve web3’s next billion users. Engage with the community on Sui’s Tokenomics channel on Discord or submit your thoughts directly at: econ@mystenlabs.com.

We are super excited about what the future unfolds and invite creators and builders to join us. 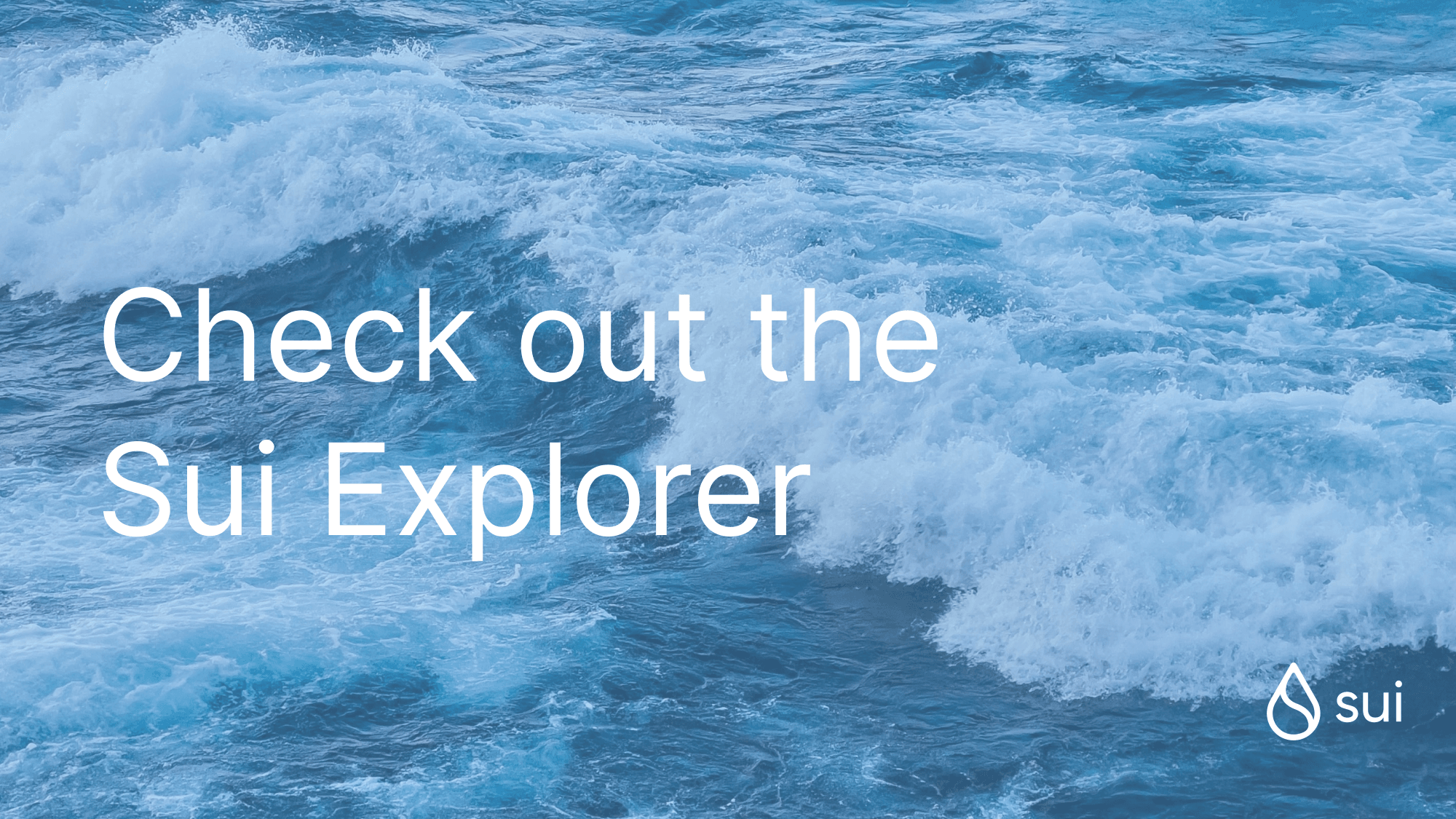 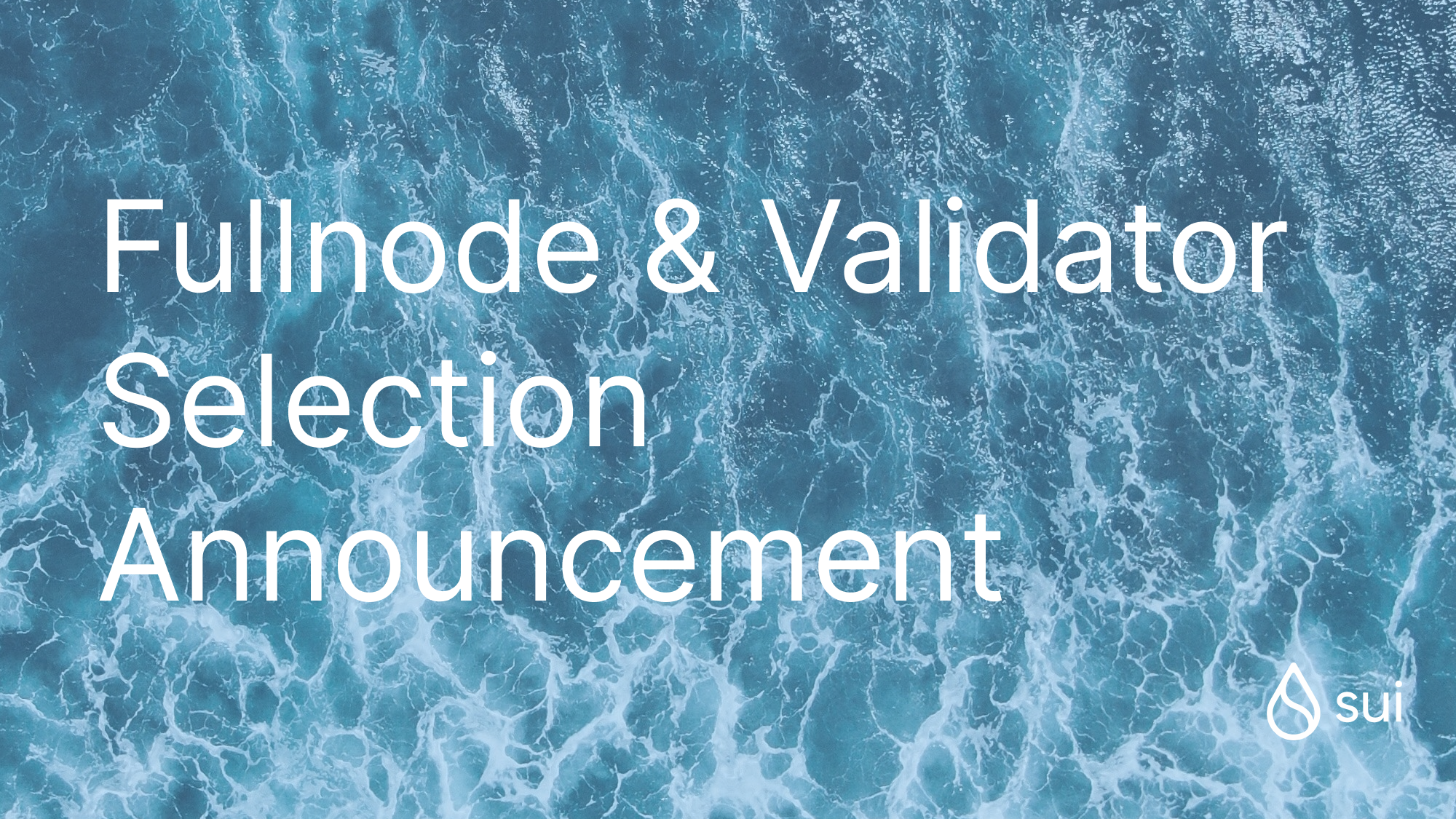