Building the Capy Prototype on Sui

Sui Capys, Mysten Labs’ new prototype, serves as a developer preview and demonstrates key capabilities of the Sui ecosystem. In this decentralized game, players buy, trade, breed, and accessorize Capybaras, the cute South American semi-aquatic rodent. Sui developers can adapt many of the principles and code examples outlined here for their own projects.

As programmable objects on the Sui blockchain, Capys demonstrate principles such as asset ownership, transferability, and dynamic object fields. They appear in a player’s wallet along with accessories, including hats, bicycles, and scarves. To preview Capys now, head to Capy.art.

Developing Sui Capys using Sui Move required defining the basic modules, creating types, and most importantly, building a registry to record and verify Capys. One unique feature of the prototype is the ability to breed two existing Capys, generating a completely new one based on characteristics of the breeding pair.

To reiterate, this is a developer preview to showcase unique aspects of Sui and for developers to reference when building projects of their own. Capys are not for sale.

We began the development process by defining specific principles to make the prototype enjoyable and performant. The following principles helped determine the architecture and implementation choices:

Developers looking to build games and applications on Sui should begin by defining core concepts such as these, which will guide the development process.

The capy module defines the core functionality of Sui Capys: it defines a Capy type as well as granting the publisher with a CapyManagerCap, opening admin functions for the bearer. It defines CapyRegistry, the centralized prototype state, and ways in which it can evolve.

Capy, the main type of the application, is an owned object with a defined set of attributes: 32 genes and additional utility information required for prototype features. Capy has two abilities, key and store. The former makes it an own-able asset and the latter allows free transfer and wrapping.

This set of fields is a minimal requirement for Sui Capys functions, including breeding or adding/removing items. 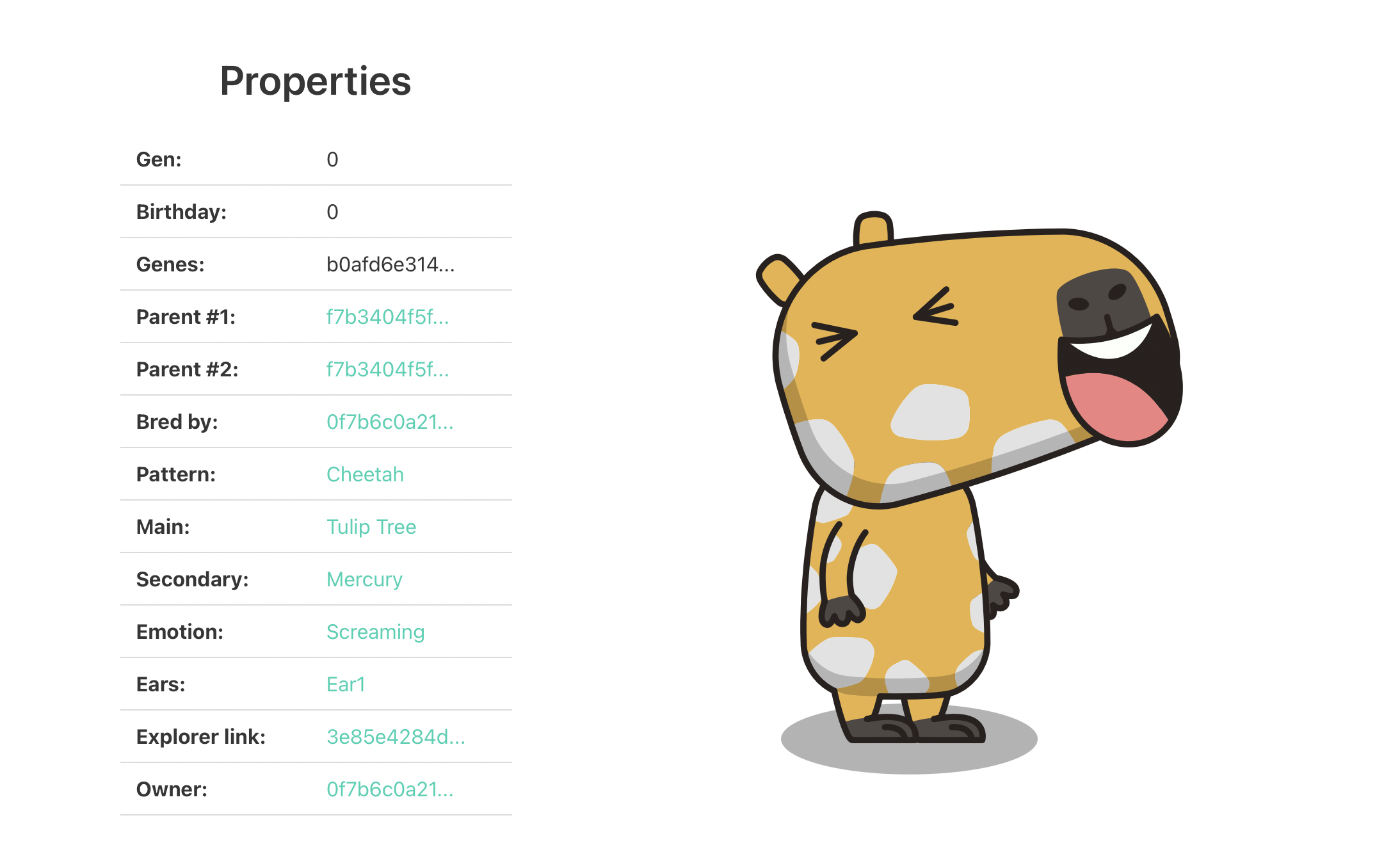 CapyRegistry, a shared object required for breeding, stores the total number of Capys ever born and contains a pseudo-random seed, described below in the Gene science section, used for gene selection during breeding. It contains all attribute definitions assigned to newborns at the breeding stage.

New attributes can be added to the prototype, as described in the admin features section below.

The CapyManagerCap is a capability sent to the module publisher (the sender of the publishing transaction) when a module publishes. It authorizes admin actions in all of the modules, including capy_items and capy_market.

Capys are a standalone (non-generic) application, so their main logic can be launched in the module initializer. The init function does two things:

For the application to become playable and have some meaning, admin has to perform a set of actions:

Before we get to the most interesting part of the application, we must note that this solution does not provide absolute unpredictability, and therefore should not be used for applications with high stakes. But it does create some degree of randomness by turning user input into a pseudo-random modifier. 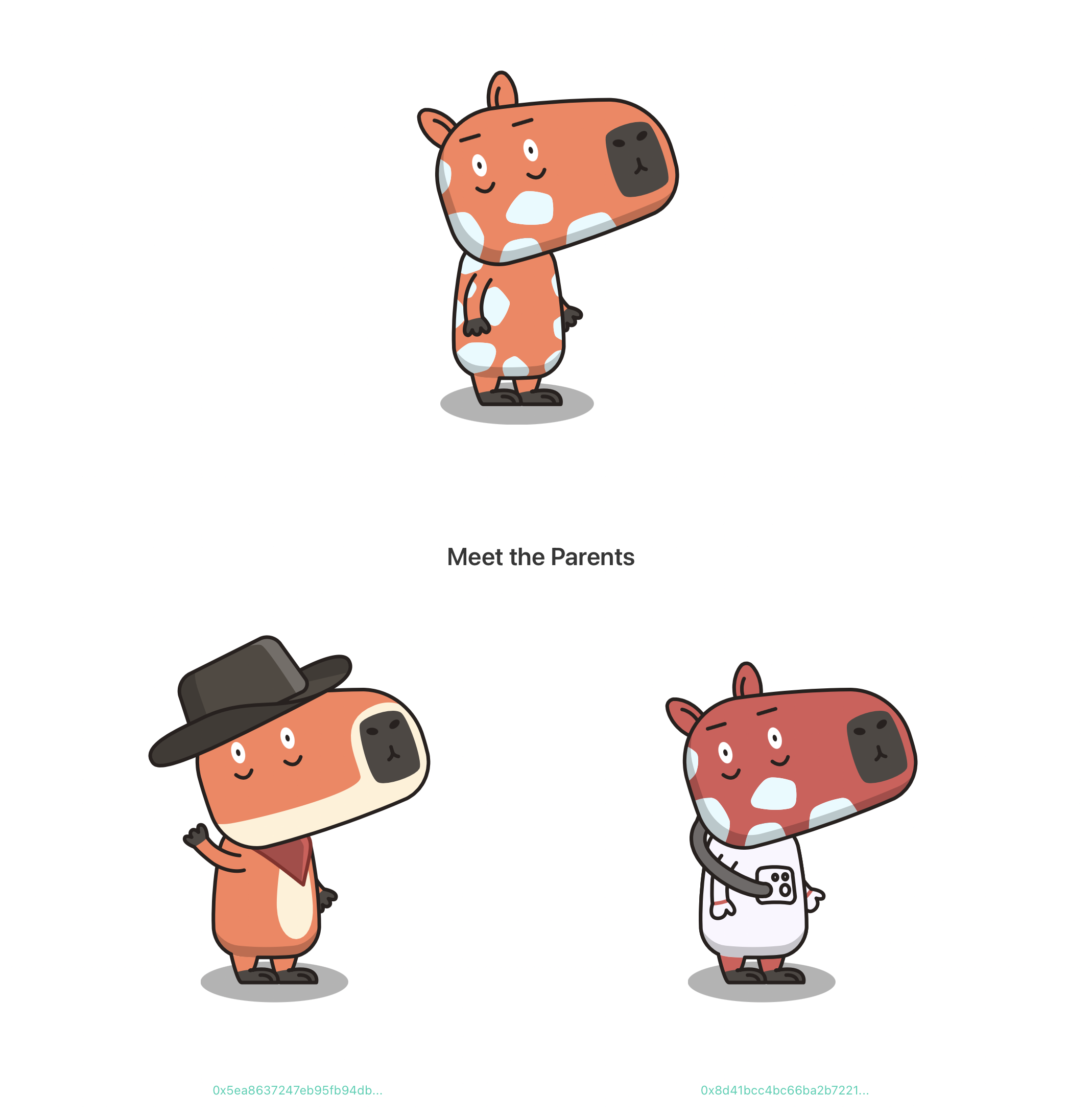 A really fun and unique feature of this prototype is the ability to breed two existing Capys to generate a third. The new Capy inherits characteristics of its parents.

The breed function takes two parent Capys and computes genes for the newborn. For this action to be fair and random, we need to have a selection algorithm and a seed. CapyRegistry provides the seed (stored as capy_hash) and is updated after each breed. The algorithm is the following:

This drastically simple module defines wearable items which can be added to each Capy, and how we implement the frontend display. Items can only be added by the Capy Admin, as it requires authorization with a CapyManagerCap.

Adding and removing accessories to Capys makes use of dynamic object fields, a more efficient and user-friendly replacement for parent-child objects in Sui. Dynamic Fields allow arbitrary names and can be added and removed on-the-fly.

The following code adds an item to a Capy:

To acquire and sell Capys and CapyItems, we created the Capy Market. This module makes use of dynamic object fields and locks Items to be acquirable after paying their price. In this marketplace architecture, one marketplace object exists per one item type (CapyMarket<Capy> sells Capys while a different object, CapyMarket<CapyItem>, sells Capy accessories), listings are attached to the marketplace as dynamic object fields, and listed objects are attached to Listings.

The List function makes use of Dynamic Fields. It makes a listed Item a field of a Listing and then makes Listing a field of CapyMarket.

We created the Capy prototype to show off some key Sui features and inspire developers in their own projects. Capys leverage Sui’s object-oriented nature to allow portable accessories that players can trade and buy, and the generation of new Capys based on parental attributes. We designed the prototype to be infinitely extendable so that it will delight users and developers alike.

We hope the examples and code here prove useful to Sui developers. A few implementations that should stand out include the Capy Market, Accessories, and Breeding. The Capy Market serves as a model for any trading or store mechanism. Accessories show a good use of Dynamic Fields. Breeding offers a unique means of automatically generating new objects with infinite applications.

Have fun and happy developing! 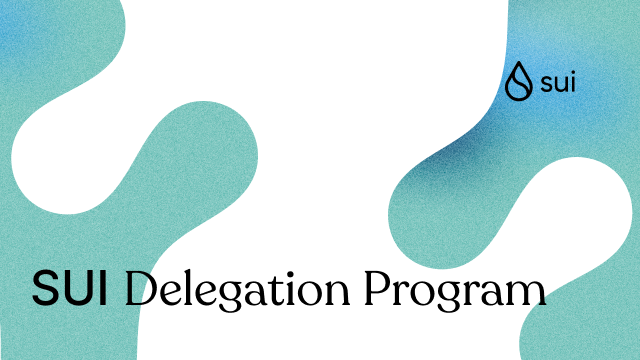 Supporting Decentralization and the Sui Community 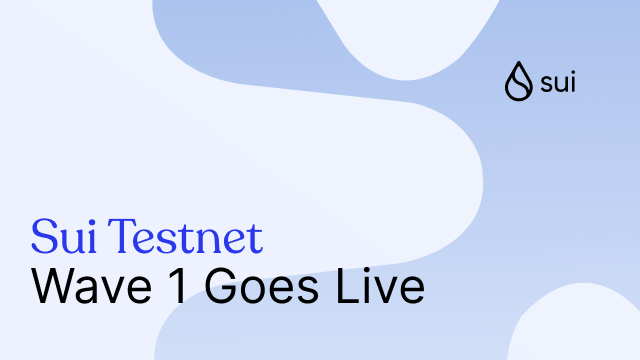 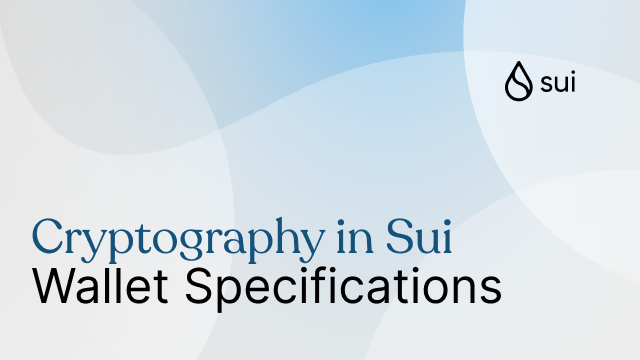